Just this weekend, I went to Tagaytay with a friend and we stayed at Grand Quartiers Resort Suites in Crosswinds. It was a last minute plan, I was actually thinking about going on this crazy adventure by myself, you know, taking the bus and stuff.... luckily I didn't coz Crosswinds is like this uphill-downhill area and before I reach GQ I might have lost 130 lbs, 20 lbs more than my weight. I really wasn't familiar with the place (aside from the internet research I did) so when I got there I quickly understood why the Things To Do part of the site consisted of things you can do in Tagaytay, and not at GQ or Crosswinds. Crosswinds is like a Swiss themed village of resthouses, and some more develpments were still under construction. 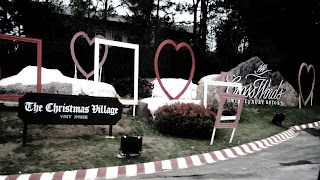 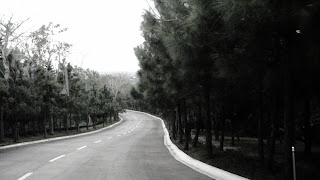 The Studio room was so better than I expected. It consisted of 2 beds, a bathroom and a kitchen area and I wish I knew this beforehand. The first thing in my mind was "I should've brought more friends. AND FOOD TO COOK." The room was very nice. 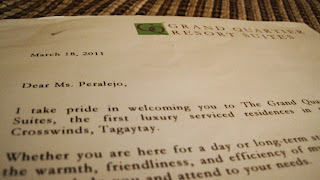 GQ just opened last December, and their restaurant is still under construction, as well as the gym and chapel. We had to go to Tagaytay proper to have dinner. We ate at LZM.
We had our leftovers bagged and later that night we reheated our food via the kitchen (hehe parang gusto lang talaga namin magamit sayang eh). I love how it has an exhaust system/fan (?) so the room wouldn't smell like food. 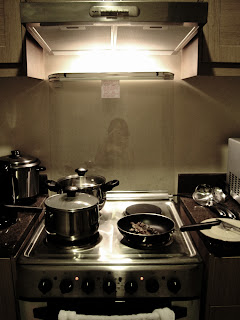 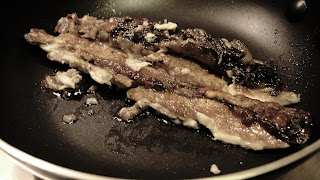 Just watched TV till we fell asleep! HAHA what a lazy weekend. The next day we had our buffet breakfast at the Clubhouse. They have free shuttle service that can take you around crosswinds. On the way back, we decided to walk and experience the fresh air uphill and downhill! hehe It was a good walk though :) 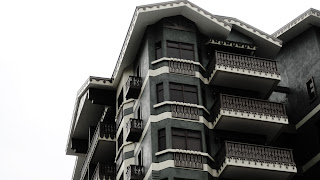 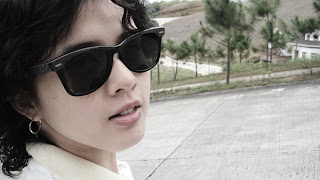 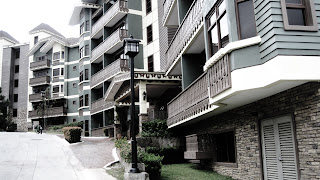 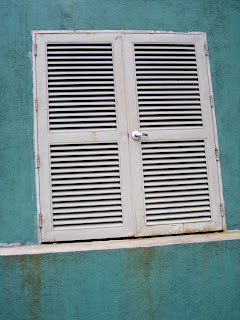 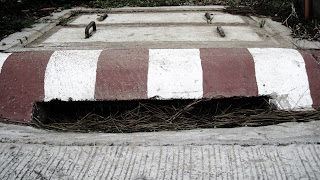 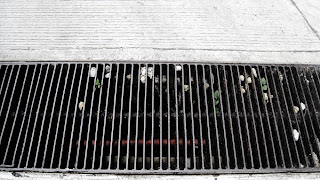 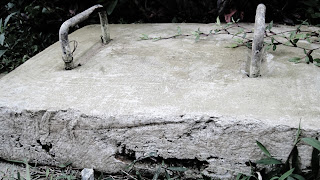 It was a relaxing stay, and if given the chance, I would definitely go back there. Next time, maybe a relaxing stay with my family or crazy night with more friends.
Thank you to the very accommodating staff of GQ Resort Suites Tagaytay :)
xoxo Nica
Posted by nico+nica at 3:17 AM 1 comment:

About a month ago I had my hair traditionally permed at Detour Salon. I love trying out different hairstyles (however extreme it may be) because I can just grow it and start over again. Someone once said that when women change their hairstyle drastically it means they're going through a transitional phase or changes in their lives... or something like that. For me, it is a bit true.
My hair was still too short for a digital perm. They warned me about how my hair would look like donya-ish or Nova Villa-ish (you get it right?) haha and it did turn out that way, AND I LOVE IT.
Posted by nico+nica at 9:34 PM 3 comments:

Jan 19 2011: FLUX, CUTFELT and OUT OF ORDINARY SPECTACLES

In Silverlens, Eric Zamuco debuts Out of Ordinary Spectacles. His first solo show in the Philippines since 2007 features a series of photographs and video installations, which reflect a man who straddles between cultural geographies and new identities. As part of the Filipino Diaspora in the United States, Zamuco makes a social commentary on the experiences of a community that is both here and there; and yet neither here nor there. This he expresses with subjects and backgrounds that don't fit (together), as if to echo a community's displacement and detachment --from feeling out-of-place in winter to feeling perplexed on how to raise a Filipino-American child.
SLab is proud to present Flux by well-known potter, Jon Pettyjohn. This year, Pettyjohn moves beyond the traditional "functional" pottery he is known for, and into contemporary art. The flux or change is a move into a new direction that includes "experimental" works, which he “would have never done in the past”.  Seemingly form over function, and contemporary over traditional, Flux however does not disregard the roots of an ancient medium. Pettyjohn highlights a process defined by change. It is in every spin of the wheel,and touch of the hand. In the "transformation of rock and clay into something beautiful", change is constant.
In 20SQUARE is the first solo show of Ryan Villamael. A recent graduate of the Fine Arts Program at the University of the Philippines, Villamael presents Cut Felt, an exhibit of drawings on paper that have more to do with what was cut out. Similar to the process of making a paper snowflake-- cutting one side of the paper, “leaving the components of the whole to chance”-- Villamael nips away to unravel the full picture.
Out of Ordinary Spectacles by Eric Zamuco, Flux by Jon Pettyjohn, and Cut Felt by Ryan Villamael open on January 19, Wednesday,6-9pm. The three shows run simultaneously until February 12,2011.
words by Bea Davila
source: http://www.silverlensphoto.com/newsletter.php?date=2011-1
all photos by: Veronica Peralejo 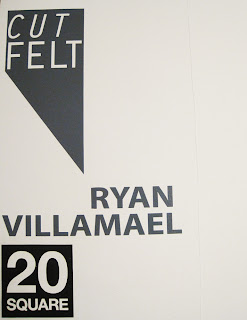